Since the WiFi Alliance’s formal announcement of WiFi 6 (802.11ax) in 2018, the technology quickly became the workhorse of today’s WiFi for residential or enterprise markets.  Capable of up to maximum throughputs of 9.6Ghz across multiple channels, WiFi 6 also increased the number of streams to 12 across the 2.4 and 5 GHz bands.   WiFi 6 also provided uplink and downlink MU-MIMO along with Multi-User Support via OFDMA, features not available on previous WiFi technologies.

Yet, as the popularity of WiFi 6 has grown, both the 2.4 and 5 GHz bands have become overutilized which can quickly be confirmed with any WiFi Analyzer, for example.  This overuse can impact the end user’s experience whether it is video streaming or simply accessing a network.  This can quickly become frustrating for a customer but problematic for an operator as customer service calls begin to increase. 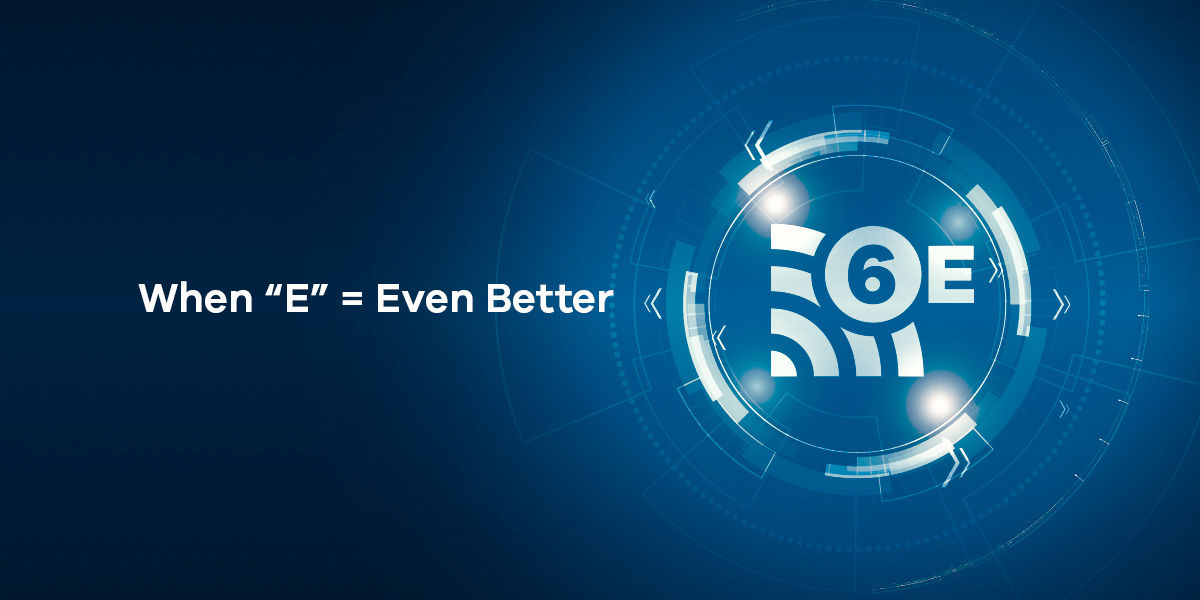 As the popularity of WiFi 6 grew and bands became more crowded, a solution was needed (and quickly!) to address this while the new WiFi 7 technologies and standards – expected in late 2023 – began development.  By January 2021, the solution was approved: WiFi 6E.

Basing the new standard on existing WiFi 6 capabilities, WiFi 6E was developed as an extension of this standard.  As a result, -6E evolved with new capabilities that have immediate benefits for end-users now relying on WiFi for work, entertainment, or other users.

Highlights of the new technical features included in the 802.11ax extension:

(NOTE: While the 6GHz band provides vastly improved bandwidth, as with all higher speed bands the “reach” or distance of the signal transmission is reduced.  This reduced transmission distance will typically require an Extender to ensure the signal is optimized in a large home or business.)

All of the above features and additional others easily demonstrate why WiFi 6e is the choice for not only urban but suburban customers and even throughout many rural markets.  In cities, and towns where 2.4 and 5GHz have a high number of users, 6GHz provides a new and faster option for bandwidth intense services like 8k video streams or video conferencing.  Rural markets can also benefit from the new 6GHz band, also enabling newer state-of-the-art video and security devices.

With added options available through Zyxel such as Plume’s OpenSync or Zyxel’s EasyMesh, WiFi 6e can optimize nearly any user’s broadband experience.

Zyxel Communications’ new WiFi 6E technologies will benefit many of your customers with the new features and capabilities that have been discussed.  Beginning with WiFi 6e wireless routers which are “backward compatible”, your WiFi 5 or -6 customers can transition their end devices as needed or when ready.  For example, too many users in a home or SMB using bandwidth-heavy services?  Simply adding a WiFi 6E Extender will immediately provide added speed, offload congested 5GHz and/or 2.4GHz channels and ensure a better overall user experience.

The world is increasingly becoming wireless. The airwaves are getting crowded. With more movies...
Read More

WiFi 6: The Future is Going to be Fast

WiFi, as we know it today, is on the cusp of something truly revolutionary. It's good timing too,...
Read More

Create an Unprecedented WiFi Experience for your Subscribers