Fiber to the Home: Evolutionary G- and XGS-PON Networking Technology

While the invention of optical transmissions over glass, now commonly referred to as fiber, took place in 1965, Bell Labs’ first commercial applications did not follow until 1973 and from there, a revolution in networks began to take hold. From FDDI to SONET rings to WDM and PON, the ability to deliver faster speeds more reliably soon began replacing traditional copper networks.

By the late 2000s and 2010s, Fiber to the Home (FTTH) -- sometimes known as FTTP -- architectures based on Passive Optical Network (PON) had emerged as the leading solution for Access architectures. In 2020, the importance of FTTH for operators increased quickly as more customers were required to work from home requiring networks to support new, bandwidth-intensive applications such as video conferencing and large file transfers while simultaneously ensuring high QoS VoIP services along with email. Fiber to the Home based on G- and XGS-PON proved to be the technology that would meet each of those goals. 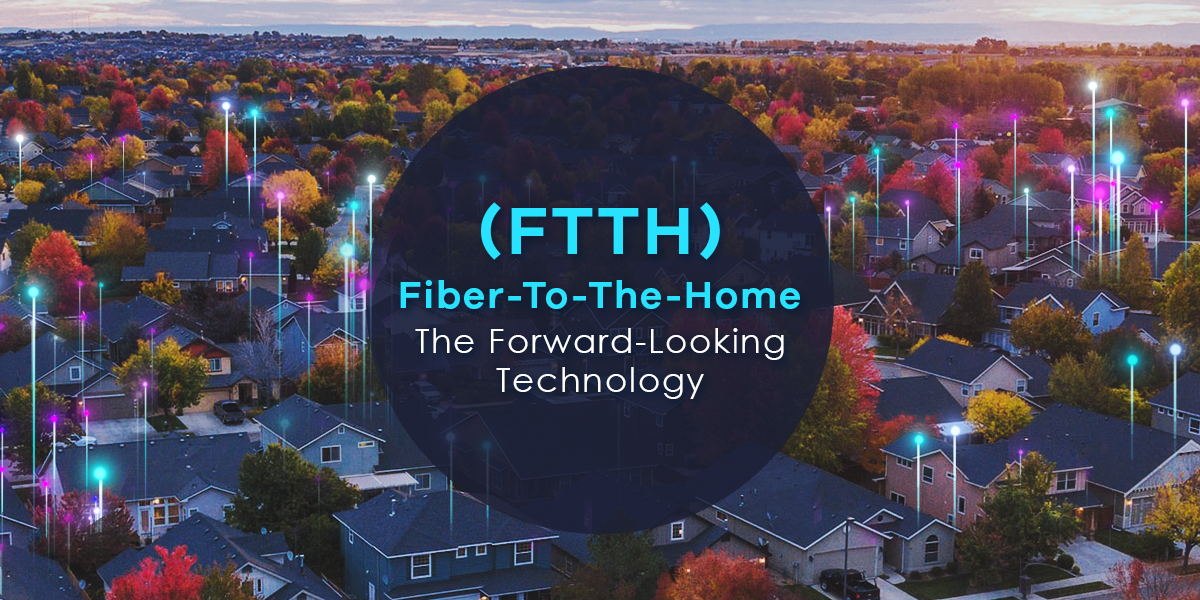 What is Fiber to the Home?

First launched in the 2000s, FTTH is an access architecture that utilizes optical technology to transmit multi-gig bandwidth between an Optical Line Terminal (OLT) – typically located at a CO or cabinet -- and an Optical Network Terminal (ONT), located in a home or MDU. Once the optical signal is terminated on the ONT, content, and services are then delivered via wireline or wireless options such as Ethernet or WiFi inside the home or apartment.

Why Fiber to the Home?

With most copper plants either aging or needing replacement, only technologies such as G.hn can deliver up to 2Gb/s but a very short loop is required, and the bandwidth must be delivered via a fiber OLT to the DPU. Because of this, operators have recognized FTTH using G- and XGS-PON as a more cost-effective solution offering better bandwidth at longer reaches which will meet customer SLAs. Fiber is also a very upgradable medium for faster speeds, which is currently 10Gb/s in many networks with 25Gb/s now being launched by multiple Tier 1, 2, and 3 operators.

What are the key advantages of FTTH using G- and XGS-PON?

Recognized as a leader in access technologies by organizations such as Broadband Communities, Zyxel’s portfolio includes next-generation vOLTs and multi-service ONTs – “leading edge” technologies that can provide your network 1G and 10G solutions to power your customer’s broadband experience. From feature-rich Gateways offering triple play services – voice, video, and data – to cost-optimized Bridges, Zyxel is your technology solutions partner that connects your customers to the world.

Unlock the Full Potential of the Internet for your Subscribers

Zyxel Communications works seamlessly with service providers to unlock the full potential of the...
Read More

Expand your Broadband Services with 10G PON, LTE and CBRS

Highlights of 2021 at Zyxel Communications

As we move to 2022, we wanted to take a moment and reflect on what we accomplished in 2021.
Read More